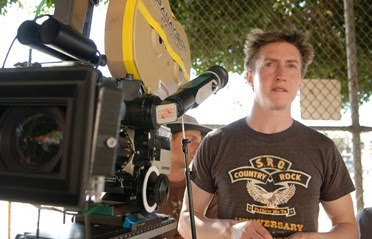 I’m on board with any movie that takes two broad comedy characters, deposits them in a Terrence Malick movie and then asks me to take them as seriously as the lush beauty of the sometimes harsh natural world around them – and succeeds.  David Gordon Green fuses his two-headed career into one mind and creates a tone that greets the receptive viewer with what can best be called gentle broadness.  The film gets started on a questionable note, as we’ve yet to acclimate to Alvin’s (Paul Rudd) quasi-formal speech patterns toward his road crew employee, Lance (Emile Hirsch) – they work together to paint yellow lines on long stretches of newly-restored fire-ravaged roads in 1980s Texas.  Alvin feels like some of the same self-mocking characters we’ve seen from Rudd before, but made especially ironic by his thickly-groomed matte of a mustache, which has a power all its own to destroy our trust in the filmmaker.  But we soon learn that this is who he is – a not-so-pleasant loner attempting to cultivate an air of intelligence possibly beyond his grasp, even if it’s only to fool himself.  He’s cloaked himself in a kind of transcendental, self-reliant, self-indulgent Thoreau-lite, but we learn from his time in the woods that he’s mostly just avoiding his problems – namely his girlfriend, who also happens to be Lance’s sister.  His more-Walden-than-thou façade may have worked to give him a self-regard makeover, but it’s also worked on his charge, whose open-faced acceptance of Alvin’s wisdom is a sweet-souled, near-Lenny-esque take on the empty-headed, 20-something drifter with no plans beyond the next girl he’s going to bed.  Lance is the kind of guy who, while searching for his co-worker among the trees, cries "Alvin!" at the top of his lungs, but is completely unaware of the cultural reference. Together they form an act suitable for a particularly patient southern Vaudeville circuit. 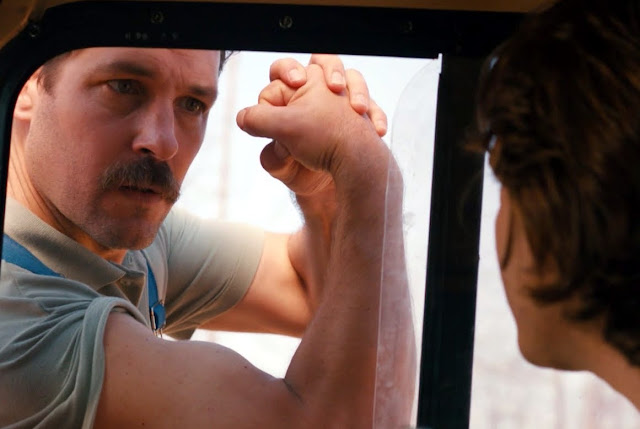 These two are cut from the same cloth that normally gives us Step Brothers, or Year One, or any such not-so-novel vehicle for bodily function jokes and unconvincingly affected, stammering, faux-macho insecurity.  The blunt force of these kinds of movies and the characters that populate them is usually wielded to generate the easy laughter of superiority, if not, for some, genuine dunder-headed identification.   But Green is a smart filmmaker, and despite his recent penchant for pot-head empowerment, or perhaps even in that same vain, just from a different, less-fogged route, he shows here that he’s still as deeply connected to the earth as he was in his first three features (George Washington, All the Real Girls, and Undertow).  And as the plot, thin as it is, if not willfully non-existent, lolls forward along the un-yellow-lined road, these two 2-dimensional constructs are drawn out into their third dimension, depth, by sheer virtue of being slowly imbued by the magical force of their natural surroundings.  It’s far too much to say that what we end up with is a rich and compelling treatise on man in the universe, but it is at least an earnest and engaging revelation of what might make these kinds of guys tick. 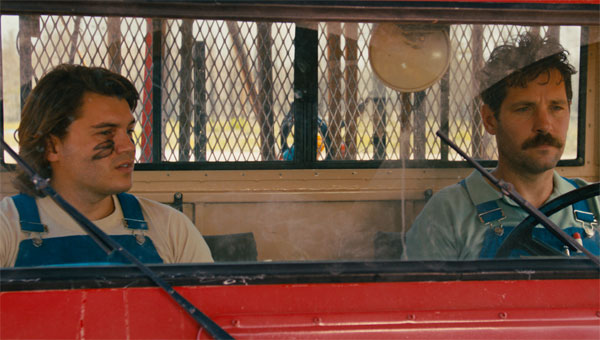 The movie has its moments of internal illogic – why aren’t the guys fired for their moment of drunken, yellow-lined road doodles?  They survive that episode in the same way that Sylvester the cat survives dynamite exploding in his face, by a simple cut to the next scene.  But concerns like this are redeemed by the hopeless amount of charm that exudes from their basic nice-guy souls.  We like them, we like the quiet of their surroundings, and we have a latent envy of their relative freedom from supervision, heavy traffic, oppressive schedules, and, save for each other, human beings.  It’s an idyllic life with simple responsibilities and lots of time to think.  It’s nature.  And we miss it when we see it photographed so well.  In the film’s single best sequence, we’re treated to an extended musical montage of Alvin’s weekend alone, while Lance has gone into town, and we see over the course of a few minutes just what the director is up to – flowers, trees, Alvin, clouds, grass, Alvin, wildlife, flowing water, Alvin – the rhythm is calculated to make us view Alvin himself as part of nature, a human creature whose life, and all the complications therein, is just another manifestation of the unpredictable, elemental fabric of the earth.  These are high-falutin’ words, especially since the sequence is also funny: this comical little man in his baggy workman’s overalls, communing with God’s naked earth.  Funny until the sequence ends with Alvin intruding upon an old woman scavenging through the ashes of her home, which was destroyed by wildfire.  The woman’s slow, catatonic groping for lost items is a decidedly downbeat reminder that the bucolic scenery we’ve just been treated to could explode into fury whenever it pleases – and lives can be destroyed.  Later, Alvin finds another abandoned wreck of a home and does an impromptu pantomime of some luckier man’s life, opening invisible doors and talking to various members of an imaginary loving family – a weirdly comic, vaguely poignant interlude that feels at once like the found moment of an improvising film crew and the revelation of this man-child’s most inward need.

Some may say these sorts of detours spoil whatever fun we may be having watching the characters flail inside of their bruised egos, and that it pulls the movie into unnecessary pretension and unearned pathos.  Maybe.  But for me, interludes like this, and there are a few, give the movie the patchwork feel of a docudrama wrapped in a comic dream, and function as a dark parallel to the ultimate lesson these fellows learn, which is that our problems will always be ours, but our humanity is defined by our capacity to help mitigate each others pain – pain that can arrive and destroy so naturally.